In the interest of full disclosure, I totally stole this post idea from my friend, Mary-Jane. 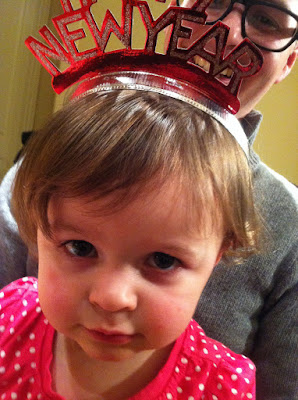 January
- Said goodbye to Michael's youngest brother, Walker,
who left on a mission to the Philippines
- My birthday - massages and deep fried pizza dough
sticks with Nutella
- Went ice skating at Wollman Rink in Central Park
- Biggest headache of the year - the post office lost 10 of
12 packages we sent from home


March
- Some of our favorite friends, Krystal and Andrew,
visited NY and joined us for a fun dinner at Buddakan
- I won $1000 in a drawing from SaveUp and TurboTax 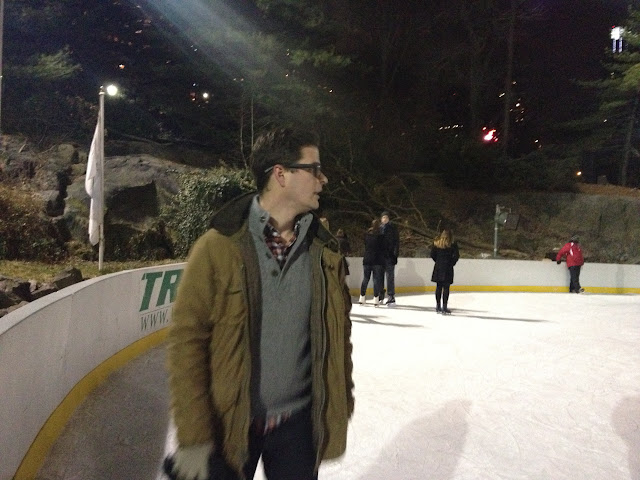 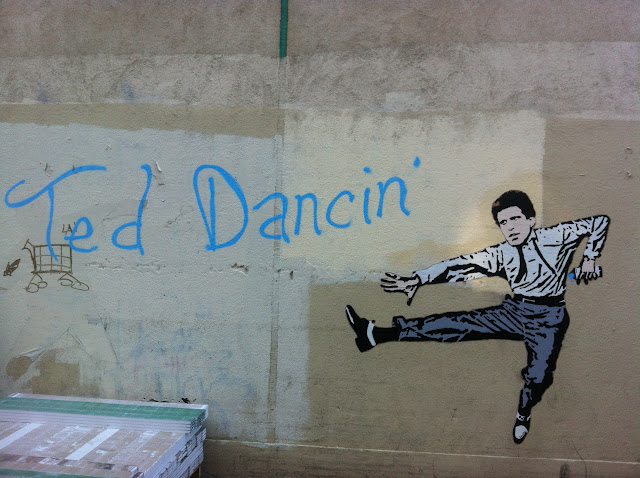 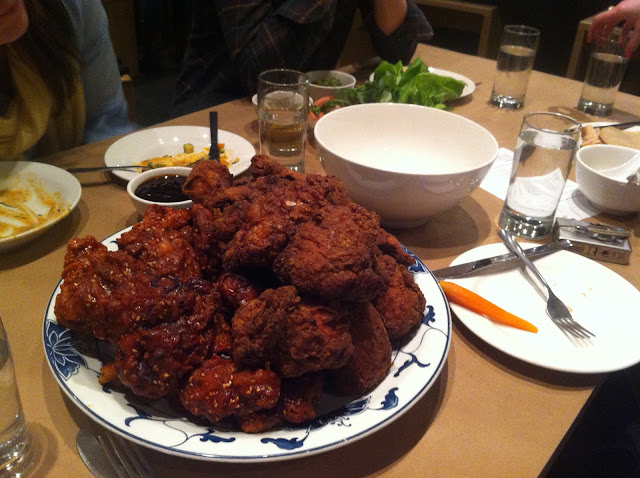 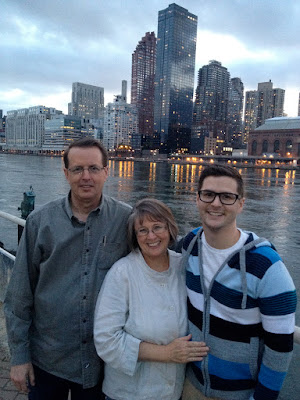 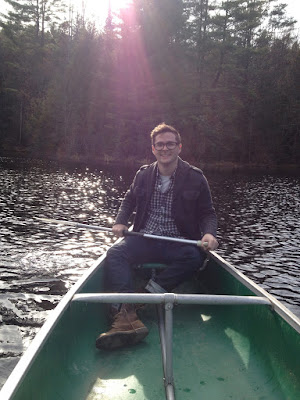 April
- Michael's graduate thesis presentation - Modbot
- Michael's parents visited and we celebrated his graduation at his favorite restaurant, Ippudo
- I worked on my last campaign as WWHI's volunteer Development Director
- I flew to Utah for good friend Sarah's wedding and a nice vacation
- Enjoyed a sumptuous chicken dinner at Momofuku

May
- Michael graduated!
- Joined Michael's classmates for a couple nights in a cabin near Lake George - pierogi, games, and canoeing
- Michael's brother Emerson visited and we went on an epic food tour
- Favorite movie of the year - The Avengers
- Beginning of Michael's joint venture, Unit Co. 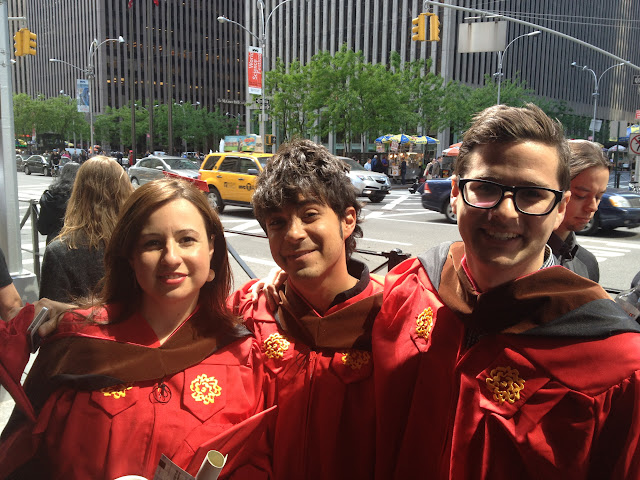 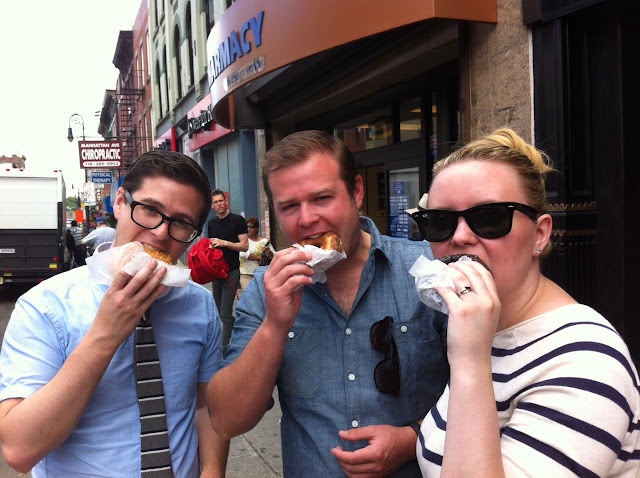 June
- Celebrated our first anniversary with a walk around Central Park and dinner at Balthazar
- Participated in work 5K that I was extremely unprepared for, but was rewarded with a dinner at the Boathouse
- Michael experienced Europe for the first time when he went to Barcelona for Unit Co.
- I joined Kristin on a train ride to Washington, DC for a weekend of great food and a Nationals/Yankees game
- Started a TV extravaganza that took us through seven seasons of The X-Files and five of The West Wing 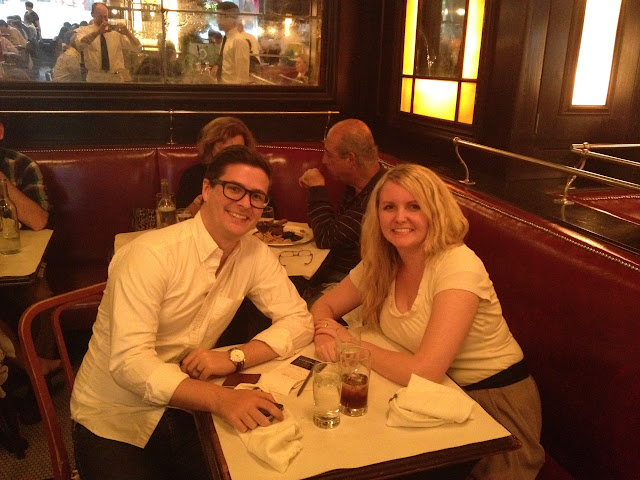 July
- Celebrated the 4th with a lunch barbecue, Beasts of the Southern Wild, and over to Hoboken for fireworks
against the NYC skyline
- Discovered the well-kept secret of the Food Hall at the Plaza Hotel
- Saw/photo-stalked MObama leaving Mesa Grill
- End of Micheal's joint venture, Unit Co. 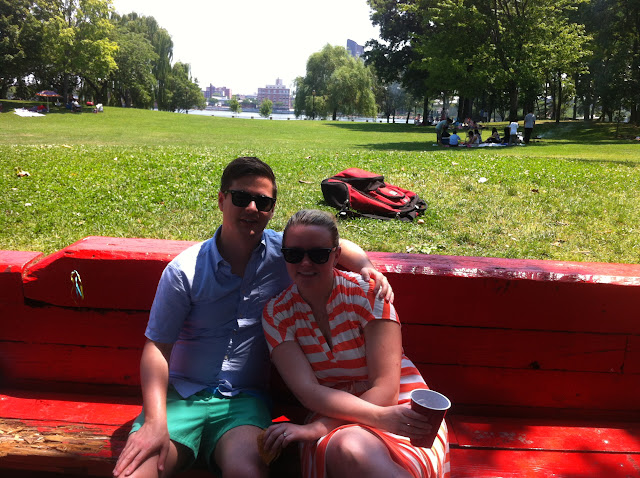 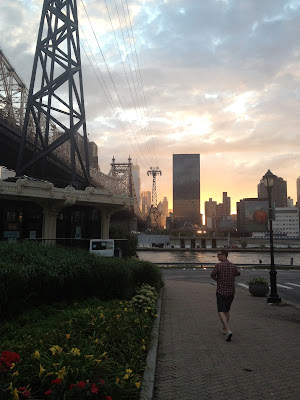 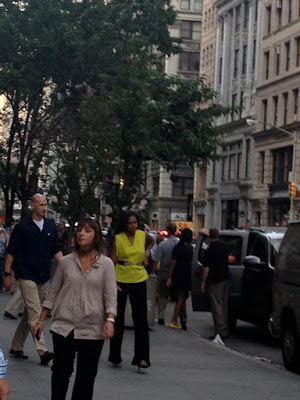 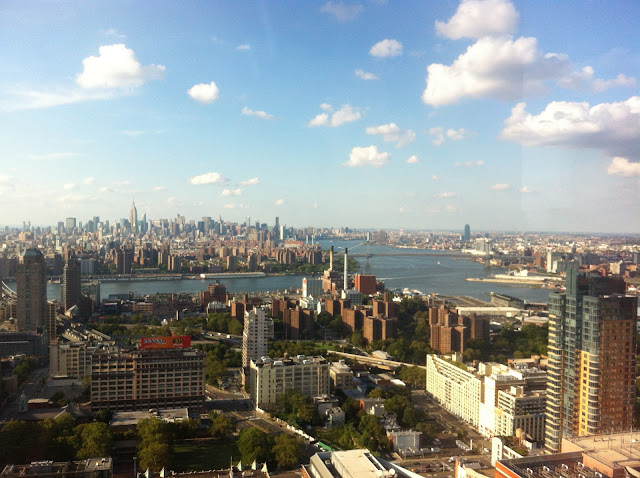 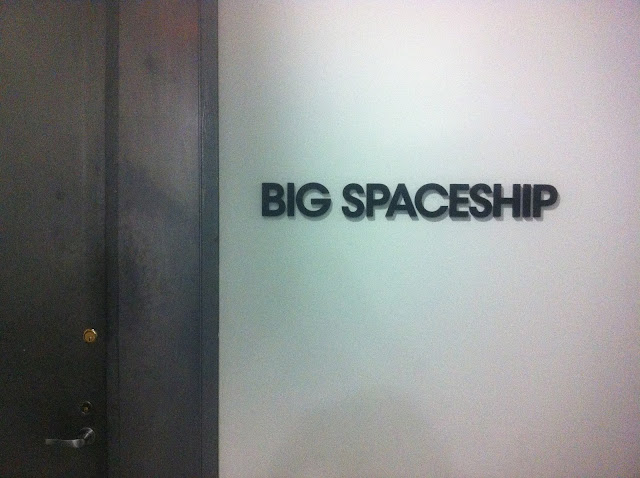 September
- Michael celebrated the big 3-0 with old and new friends on the roof deck of our new building
- Took a Labor Day road trip to Maine, Michael fell in love with Portsmouth, New Hampshire on the way
- I was asked to be the Family History Specialist at my local church
- My Mom visited - we saw a play starring Jake Gyllenhaal, Michael got hit on by gay homeless man, and we 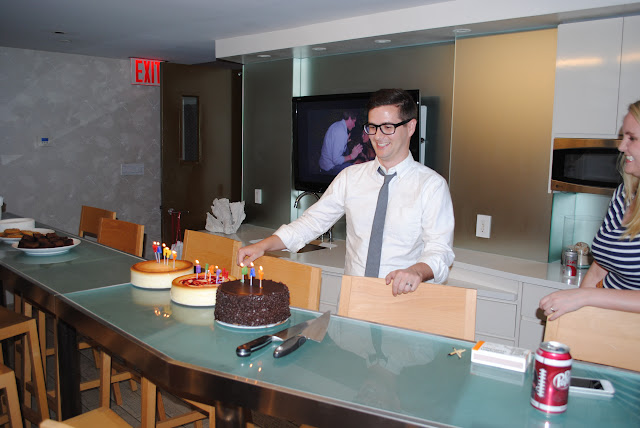 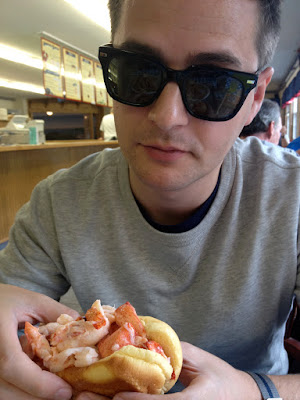 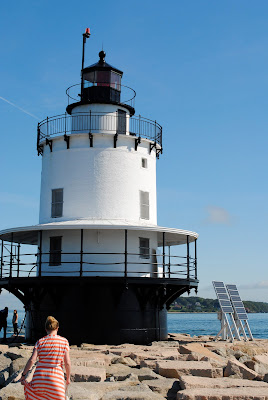 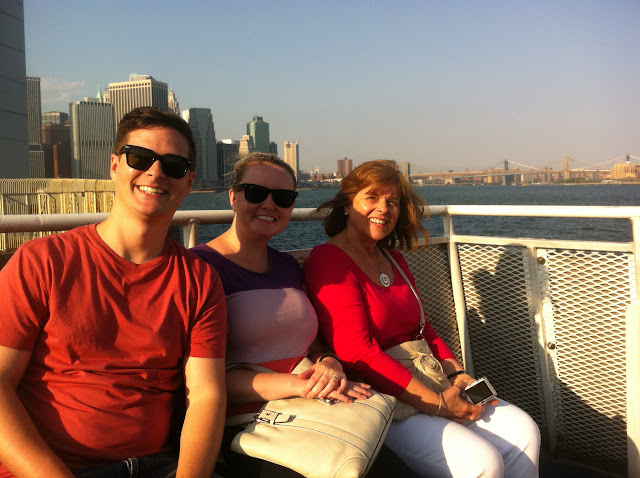 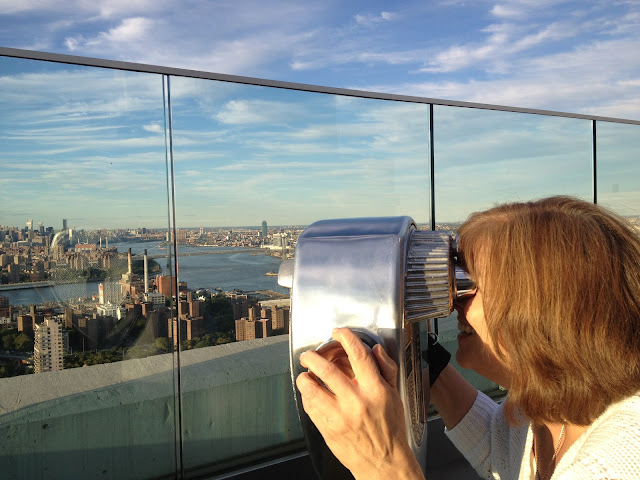 October
- We traveled to Northern California, where Michael was the best man at his friend Inmar's beautiful wedding
- Short weekend trip with Michael and Kristin to Boston and Salem - Halloween goodness and a dessert that

changed my life
- Hurricane Sandy battered the area, fortunately all was well in our neighborhood
- Michael discovered Macklemore
- We won Best Traditional Chili at our church's annual chili cook-off 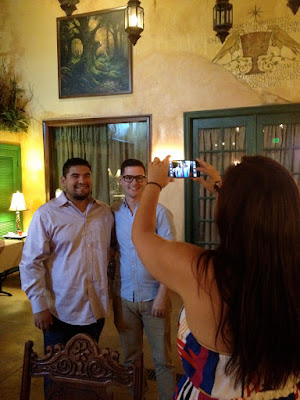 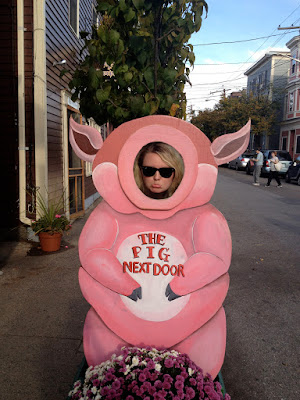 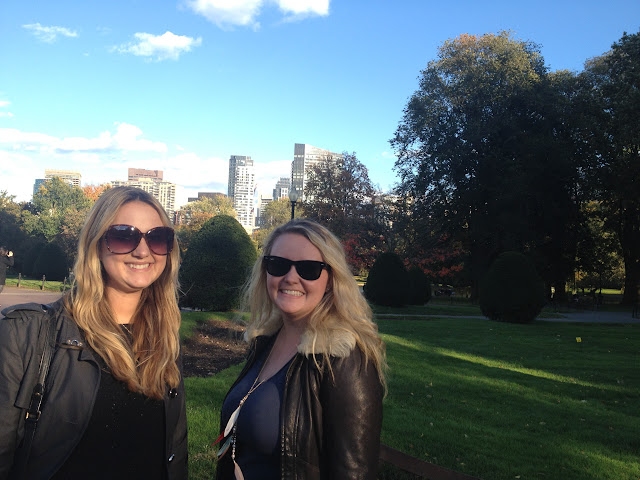 November
- Helped with hurricane cleanup and met some wonderful, resilient people
- Booked last-minute, surprise trip to Utah for Thanksgiving - the look on Michael's dad's face was priceless
- I attempted meal planning, which was good except I realized we only eat at home once a week :(
- Went to Shake Shack over and over and over


December
- I accepted a new job with The Limited that I will be starting in mid-January
- Celebrated Kristin's birthday at our first Nets game (on the 6th row!)
- Traveled to Utah for Christmas - enjoyed time with friends and family
- I completed my goal of reading at least 30 books this year 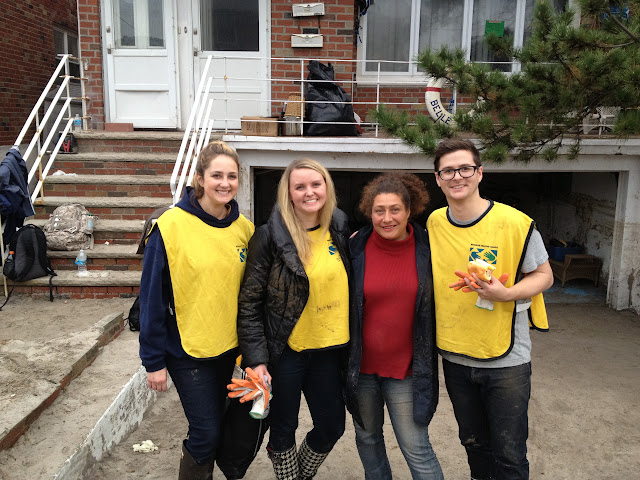 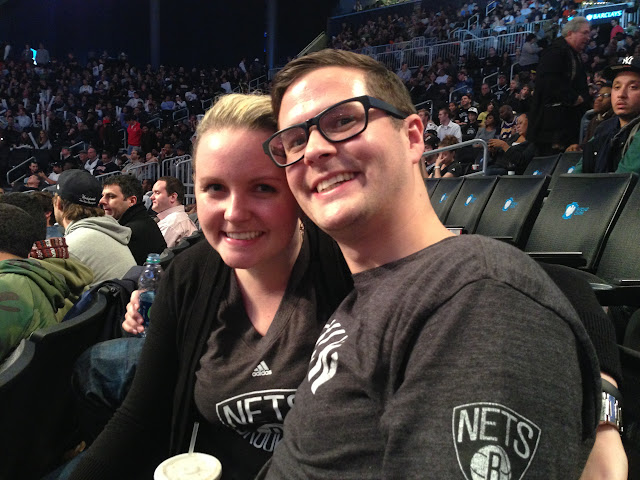 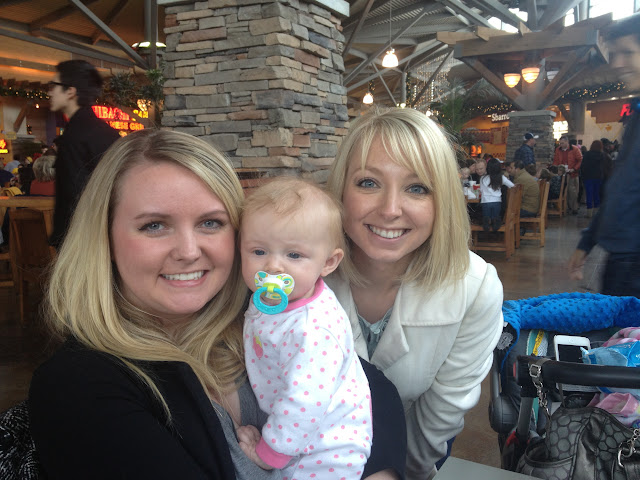 Email ThisBlogThis!Share to TwitterShare to FacebookShare to Pinterest
Labels: 2012, recap